Change of leadership in the Executive Board of the HOYER Group 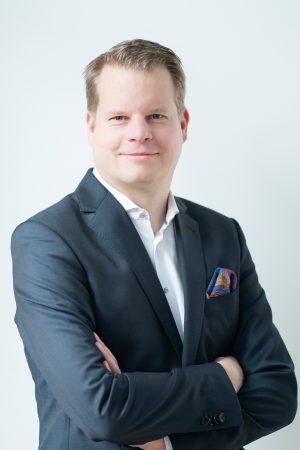 Björn Schniederkötter takes over the position of Chief Executive Officer

Björn Schniederkötter will take over the position of Chief Executive Officer (CEO) of the HOYER Group with effect as of 1 February 2021. He replaces Ortwin Nast, who has decided to end his work as CEO and to retire from professional life after more than 14 successful years. Mr Schniederkötter, together with Gerd Peters, Chief Financial Officer (CFO), will in future form the Executive Board of the logistics company headquartered in Hamburg.

Björn Schniederkötter held various management positions in the Nagel Group. The qualified freight forwarding merchant began his career in 1996 by training in the family business, which specialises in foodstuffs logistics. This was followed by various posts with management responsibility in Germany and abroad, before he was appointed as Chief Operating Officer on the Board of Directors of the Nagel Group in 2014. In this function, he was responsible for the German and foreign associated companies, among other things, and acted as deputy for the Chief Executive Officer.

Giving reasons for the personnel decision, Thomas Hoyer, Advisory Board Chairman of the HOYER Group, says, “Not only do we have confidence in Mr Schniederkötter’s specialist know-how but also, in our intensive discussions, we have formed the impression that he both understands the requirements that HOYER as a family-run business expects of a CEO, and will put them into practice.” As Schniederkötter explains, “HOYER is a highly specialised logistics company with an international reputation. It combines clear value concepts with exacting standards regarding the quality and safety of its services. This combination is something special.”
Ortwin Nast leaves a strongly financially established company with an outstandingly good market position. Under his strategic leadership, the logistics company achieved steady further development of its portfolio. Among other things, HOYER is regarded as a pioneer in the area of digitalisation. Its turnover and earnings rose by approx. 50 per cent under his leadership in spite of various economic crises, and the company increased investments in future-oriented assets. Thomas Hoyer says, “We thank Mr Nast for his efforts on behalf of HOYER, and we greatly regret his departure. He has sharpened the profile of HOYER as a provider of comprehensive logistics solutions.” Hoyer adds, “We look forward to working with Mr Schniederkötter, and together we take an optimistic view of the future.”
February 18, 2021
You currently do not have access to this article, please login or register to read more. Login to read moreor
« H Essers expands multimodal capability with acquisition of Tank Management
Brianza Plastica Fibreglass Laminates Division: the new LinkedIn channel for flat laminates sector is born. »