Peacock focuses on Asia and Europe 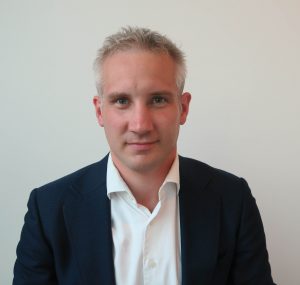 In the past two years, Peacock Tank Container Leasing has doubled the size of its fleet and relocated its headquarters.
Felicity Landon talks to MD Jesse Vermeijden
Tracing the evolution of Peacock Tank Container Leasing over three decades makes interesting reading. The company was set up in Rotterdam in 1987 by Van Ommeren, became non-core after the 1999 merger between Van Ommeren and Pakhoed (Vopak), and was sold to two banks and management in 2002.
In 2005, the management acquired all the shares; two years later, the company was sold to Fluvia. Then the economic crisis of
2008-09 brought major challenges as a large customer fell into bankruptcy, and reorganisation followed.
At this point, Jesse Vermeijden comes into the story. He had worked part-time for Fluvia while studying for his bachelor’s degree in logistics and economics and his MBA and in 2009 he was asked to look after the ISO tank containers business.
“In the summer of 2009 we were in the middle of the crisis; it was not the best time,” he says. “But one of the main advantages for me was that I learned quickly – and I learned a lot.”
Since then, Vermeijden has overseen the reinvention of Peacock to the point where it is now a fully Singaporean company.
“After the crisis it was quite clear that the European Union on its own...... to read the remainder of this article please go to:- https://www.tankcontainermedia.com/subscribe/

January 25, 2019
You currently do not have access to this article, please login or register to read more. Login to read moreor
« Trifleet services the air gases and LNG markets
Attitude – a little thing making a big difference »