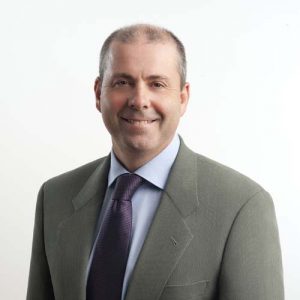 In January 2015, Bohai Leasing, Seaco’s parent, acquired Cronos. Seaco is now the largest container leasing company in the world by CEU (as of December 2015), with approximately 15% market share.
HNA Group (Bohai’s parent), is now a Fortune Global 500 company which is keen to grow further through mergers & acquisitions. Funding is in place for Seaco to pursue further M&A activity and build on the success of acquiring Cronos. Following integration of Cronos, Seaco realised greater than expected synergies of over $30 million given the overlap in office locations and IT systems. Whilst shipping lines are over boxed with capacity, exceeding current demand and leading to lower utilisation (UTE) and rental rates, Seaco’s diversified fleet has helped mitigate against excessive downward erosion. Seaco has in fact grown market share for Tanks, Reefers and Specials, thereby compensating to a large degree, the downward performance in Dry Boxes. Seaco has grown the customer base from 350 to 792 with 1.29m units
currently on lease. “We have been delighted with our acquisition and integration of Cronos, which was achieved through the strong financial sponsorship of the HNA Group. The current troubled market
environment gives opportunity for us to continue to grow the business through further M&A” said Jeremy Matthew, CEO. The amalgamation of Seaco and Cronos has strengthened Seaco’s presence worldwide, including further expansion in Europe, with sales offices in Antwerp to cover the Benelux and Gothenburg for the Nordic region. Seaco has added a marketing resource in South America and
established a Houston sales office to service North America Tank customers. Further investment in Africa with representation in Durban and Cape Town. At the same time, Seaco has grown considerably in Australia, with sales offices in Brisbane and Sydney, growing the team of 11 versus 2 previously, servicing the Oceania region and more recently, established a new team based in Tokyo, Japan. Seaco has 25 offices worldwide, serving a wide range of global and regional shipping lines, as well as Tank and Petro-chemical Operators. Container fleet summary as at December 31, 2015: approximately 2.3 million TEU; approximately 3.6 million CEU; NBV of $5.5 billion June 21, 2016
You currently do not have access to this article, please login or register to read more. Login to read moreor
« Kevin Singh appointed VP at CS Leasing
Fort Vale appoints new sales director »