After two relatively challenging years, demand for tank containers surged in 2017, and Stolt Tank Containers’ (STC) results reflect this increased demand.
Full-year revenue rose by 7.8%, accompanied by a 13.1% increase in operating income.
Total shipments for STC rose by 5.5% to nearly 127,000, with food-grade shipments climbing by 13.3%. Fleet utilisation rose by four percentage points to 72.5%
“While the increase was consistent across all regions, the main driver was China. We have seen some rather deliberate efforts by the Chinese government over the last few years to bring their economy back into balance. So, they had capped consumption, but at a certain point you must refuel and 2017 was the year when things started to rebound,” said Michael Kramer, President of STC.
The number of depots in STC’s global network rose to 21 in 2017, with the opening of two new facilities, in Laem Chabang, Thailand and Vado, Italy.
Construction also began on two new depots in Saudi Arabia – in Jubail and Dammam – with a third depot planned for Jeddah. In addition, STC’s depot in Kobe, Japan was renovated and expanded, while the Houston and Singapore depots added new loaded storage capacity.
Every depot in the network posted improved operational results in 2017.
Michael also noted that safety for people and the environment remained STC’s first priority in 2017. STC is currently transitioning globally from the ISO 9001-2008 quality management standard to the ISO 9001 2015 standard, with its greater focus on risk management. During 2017, STC also recertified and improved the CDI-MPC assessment scores of its European offices and completed a major audit of its facility in Moerdijk, the Netherlands.
STC’s deployment of information technology, systems and solutions continued in 2017 on multiple levels.
Actions included new modules to streamline key billing processes, the completion of STC’s new ‘paperless office’ initiative and expanded use of mobile technology for more effective depot management.
In addition, mySTCtanks.com, the online tool that allows STC customers to better manage their tanks, reduce costs and drive supply-chain improvements, continued to add users in 2017.
Michael Kramer noted that demand for tank containers is expected to strengthen in 2018. “STC continues to focus on delivering superior customer service at lower cost by leveraging its global scale, by using technology to drive continuous improvements in operational efficiency, and by operating in a manner that is safe for people and the environment,” he said. September 25, 2018
You currently do not have access to this article, please login or register to read more. Login to read moreor
« New Configurator from Dantec
Crowley adds 40 ISO tanks to meet growing customer demand » 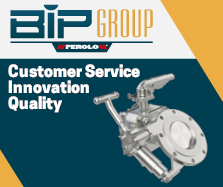